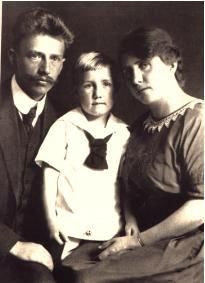 This article is copyrighted.
Please credit the web site and author as your source when using material obtained here.

German photographer Hugo Brehme is considered one of the outstanding photographers of Mexico.  He was born in Germany in 1882 and died in Mexico in 1954.  For over 40 years Brehme celebrated Mexico's natural beauty in his scenic landscapes. More importantly, he portrayed with considerable sensitivity and artistry the rich ethnic mixture of the Mexican people and their built environment -- a testimony to the converging of diverse cultures and influences in an intriguing country that became his own.

Brehme put much of his work on postcards that have distinguishing characteristics that set them apart from others.  Most of his postcards were numbered and identified by subject matter, but not all of them were signed.

Real photos usually contain the signature contains the negative's number, title, and oftentimes the name BREHME. Most of these identifying marks were hand-lettered in the negative. A real photo postcard by Brehme is sharply focused, handsomely composed, and richly printed on photographic paper with a full range of light and shadow. The same image can be found in either sepia tones or black and white, and in either glossy or matte finishes.

On a large number of views such as the one at left, the number and title were set in white typeface on the front, and Brehme's name and a copyright warning were printed in blue ink on the back. These postcards come in very uniform tones of either brown or gray.

The panorama at left is an example of a lithographed card that was mechanically printed.  Brehme issued such cards in several colors.

Brehme published at least 12 booklets containing postcards with perforations on one side.  Tourists tore out the postcards and sent messages with postmarks dating from 1919 to 1929.  The dozen booklets all bear the Brehme studio address on Avenida Cinco de Mayo. Each booklet contained either 10 or 12 views printed on sturdy paper in either brown or blue ink, with titles in either block or cursive typeface.  Few intact booklets, complete with their identifying covers, have survived.

These unusual images of monuments in Mexico City are Brehme real photo postcards that have been maximized.  Considered as novelties or specialties, maximum cards have been a pursuit of stamp collectors since at least the 1920s.  Such cards are fascinating because they bridge stamp and postcard collecting, the two most popular hobbies of their day.  The creative collector tried to find a postcard that matched the image on a stamp as closely as possible and then placed the stamp on the face of the card.  The collector further enhanced the card by postmarking it in the very town where the photographer took the picture.  Collectors around the world still exchange maxicards.

Brehme postcards display a large variety of identifying marks both on the front and back. Below are only a few examples of marks that can be found rubber stamped or printed in typeface on the backs.

The earliest postcards found to date were postmarked in 1912. They bear two addresses: post office box 5253 and 1a. San Juan de Letran, No. 3, in Mexico City. Brehme's backstamps reflect the changes of his post office box number over the years and the relocation of his studio from San Juan de Letran to Cinco de Mayo to Madero to Gante. Purple markings placed at the stampbox, as shown at the middle right, were subject to being hidden by postage stamps.

Of the thousands of Mexican postcards in my general postcard collection, only a handful are marked by the words "La Foto / Madero 42" printed in purple within a rectangular border:

"La Foto" was the name of a camera and photo finishing shop owned by Enrique Cassereau and Sons at Avenida Madero 42 in Mexico City. The store also advertised having "a large selection of the best views in Mexico." So far, only a few "La Foto" backstamps has been found on postcards that were not made by Brehme. One can reasonably assume, therefore, that a Mexican postcard with the "La Foto" mark most likely has an image photographed by Hugo Brehme, but not always.

Hugo Brehme's son Arno assisted his father and many of the published images were actually taken by Arno. The Brehme Studio never issued postcards in color, but some of its larger photographs were hand-tinted. Brehme's son, however, made the transition to color film. A few postcards, such as the four chromes grouped above, were issued by other publishers and bear a photo credit to Arno Brehme.

Images bearing the following mark were made by a photographer whose name is not yet known.  His real photo postcards, as well as black and white and even hand-tinted photographs, imitate Brehme's lettering and numbering system, and they can be mistaken for Brehme postcards and photographs.